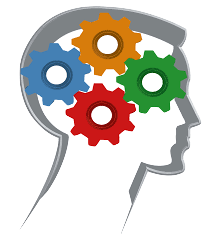 However vital the use of electronic devices is in children’s lives, prolonged hours of use can have a negative impact on their health and behavior. You can reduce the risk with help from the experts.

How do you draw the line between a healthy use of electronic devices and addiction?

When persons are using a device to an extent that it impairs their ability to spend time with people important to them or to do important activities. For example to study important things or to do work-related things, or to relate to people without frequently being on the device. When grades or work performance falter or persons around them frequently get aggravated with them for being on a device then it is clearly “unhealthy”. If the person is on a device “a lot” but there is no obvious impairment it may not be “unhealthy”, but may still be “wasting time” in some sense.

Most parents create house rules regarding the use of electronic devices at home which eventually creates anxiety in children that later leads to bad behavior. What type of behavior should parents be worried about?  First there is the spending too much time on a device leading to impairment in scholastic or social function as noted above. Next is if the child is getting involved with a social network on line that may include receiving or giving cyber-bulling, bad-mouthing, meeting inappropriate people, or lewd activities etc. These problems require individualized investigation, discussion, and intervention.

What specific situations should children be seen by a psychiatrist? Impairment in scholastic or social function, on-line social problems (that may spill-over into the real world), “zoning-in” to being on a device, depression, truancy, and any other concerning mental or behavioral issue.

Dr. Douglas Berger and his staff at the Meguro Counseling Center in the Shibuya-Ebisu area provide mental health care for individuals, couples, and families, in both English and Japanese. www.megurocounseling.com

One of the most frequently diagnosed learning disability is Attention Deficit Disorder (ADD), a condition that is often accompanied by Hyperactivity Disorder (HD), called ADD if inattention predominates, and ADHD if hyperactivity predominates. Indeed, it is estimated that the prevalence of ADHD has increased tenfold around the globe in the last five years, with the reported number of cases in the United States far outpacing other countries. This increased prevalence is probably due to increased awareness coupled with increased marketing by pharmaceutical companies.

I enjoyed Dr. Pie’s interesting article ” A ‘Simple’ Way To End Terrorism” in the December issue of the Psychiatric Times (P.1) where he discusses the role of paradoxical narcissism and projective identification as defenses of the mind of the terrorist. I’m sure these mechanisms are active, especially in the leaders, but wonder whether the mind-set of the leaders might be different from the followers. In the followers, I imagine there is a considerable amount of attachment dependency as well as transference to the leaders and the icons of worship as parental figures. In either case, I’m also sure simple classifications will not explain the entire phenomena.

Possibly the strongest hybrid silk fibers yet have been created by scientists using all renewable resources. Combining spider silk proteins with nanocellulose from wood, the process offers a low-cost and scalable way to make bioactive materials for a wide range of medical uses.

“The Acupunture Myth” [August] reminded me of this letter I sent you last year: In “Mind of the Meditator” the authors cite research which has “documented” that mindfulness reduces relapse of depression, is superior to placebo, and is comparable to antidepressants. None of these studies, however, are double-blind like a drug study is, thus allowing bias in measures of depression which are subjective. They are also not single-blind because single-blind is defined as when the subjects are blind not raters; masked raters just rate any bias reported by the subject. The study comparing to antidepressants pitted unblinded (called “single-blinded”) mindfulness vs. blinded drug groups making results uncomparable. While mindfulness may make changes in brain scans, so may running and yoga, that does not necessarily translate mindfulness into being a “documented” treatment of depression.

My husband of 3 years just told me that he has a 1-year-old child from an affair and wants to maintain a relationship with this child. What should I do?

This is a crisis for most every married couple. If we could put aside the issue of your husband’s hiding this affair and child, we might be able to make sense of what to do. First, we could view this situation as similar to that where you have married a man with a child from a prior marriage, only you found out after you got married making this more complex. You did not agree to this family format when you decided to marry your husband and it is understandable you would be quite upset. The complexities you have to deal with are that your husband now has priorities that compete with your marriage, i.e., the position of who the most important people in the world are to him, time he has to spend with the child, financial costs, and an interpersonal triangle between you, him, and the other child and the child’s mother.

It turns out there may be more behind the adage, “You are what you eat,” especially when it comes to mental health. In fact, the correlation between diet and mental health may begin before we even take our first breath and are still in utero.

A recent report out of King’s College in the U.K. has found a link between poor diet during pregnancy and childhood ADHD. The study, which compared data from more than 160 children, found a diet high in fat and sugar during pregnancy may be linked to ADHD in children with behavioral problems early in life.

While evidence from prior studies already proved there was a strong link, this particular study sought to examine the more physiological process involved. The King’s College researchers found that when expectant mothers consumed high fat and sugar diets of processed food there was a modification of the IGF2 gene that is involved in fetal development and the development of the cerebellum and hippocampus, areas of the brain implicated in ADHD.

Interestingly, higher IGF2 levels were also associated with higher ADHD symptoms between the ages of 7 and 13, but only for children who showed an early onset of behavioral problems such as lying or fighting.

“These results suggest that promoting a healthy prenatal diet may ultimately lower ADHD symptoms and conduct problems in children,” said Edward Barker, a development psychologist at King’s College London who led the study. “This is encouraging given that nutritional and epigenetic risk factors can be altered.”

These findings are just the latest that highlight the importance of a healthy diet and its impact on our bodies, a relationship that is often overlooked by many of us.

“Nutrition is one of the most obvious, yet under-recognized factors in the development of major trends in mental health,” notes Dr. Antonis Kousoulis, deputy director at the Mental Health Foundation in Abu Dhabi.

Sugar far more than any other food seems to have the most disastrous impact on our bodies and our mental health. Not only does sugar contribute to obesity, it’s also been linked to rising dementia rates. The 2015 documentary Sugar Coated even went so far as to say Alzheimer’s disease is diabetes of the brain brought on by excessive blood sugar levels.

“When we are sad or depressed, we tend to eat less healthy, high sugar foods which can create a sort of cycle of poor eating habits,” said Dr. Douglas Berger. “This causes us to gain weight, which can bring on feelings of depression and fuel the poor nutrition cycle. It is known that obese person’s cells can secrets substances that effect the brain and make it more depressed.”

Tokyo’s Doug Berger also points to the proverbial sugar high and sugar crash as evidence of its negative effects on our mental health.

“Good food should make us feel good and energized, not moody or deflated,” he added. “We don’t hear about spinach highs or tomato crashes because these foods nourish us and positively impact our body.”

Ultimately, we need to remember that food is meant to fuel our body for activity, not fill emotional voids. Emotional eating results of overeating because food can increase a chemical called dopamine that is involved in reward and good feelings, then when you eat too much you become tolerant to the effects of dopamine and have to eat even more to get the same satisfied feeling, just like a street drug. You can read further articles from Dr. Berger here.

This post has been sponsored by Will Travers; image Credit: Creative Commons photo by Star5112.